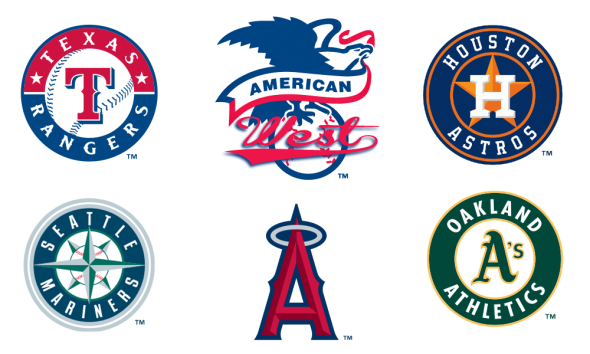 This may the deepest AL West in some time now.  Everyone BUT the Astros has a shot at winning the West. Houston’s first year in the American League may be historic…they may only win 55-60 games this year.

The Angels are the frontrunner, how could they not be? Pujols, Hamilton, and Trout? Throw in some role players and surprises and this time is well positioned to put up 900+ runs. My biggest concern is their pitching: can it hold up and be reliable?

The Rangers are a bit of an enigma. I think of addition through subtraction with them. They let Hamilton walk and in his wake sent a message to other players to step it up. Watch Adrian Beltre, Ian Kinsler, Elvis Andrus, and Nelson Cruz to have great years. Yu Darvish had a great rookie season in the Majors and expect him to anchor a SOLID staff. Star watch: Jurickson Profar…kid is a STUD.

Oakland is Oakland. They don’t have too many big sexy names but they play the game like your little brother that has something to prove. They are a scrappy collection of talent, led offensively by outfielders Yoenis Cespedes and Josh Reddick. On the pitching side, there are some highlights that could go from no name to all star very quickly.There aren’t a lot of name players here, but the A’s still have real potential to succeed.