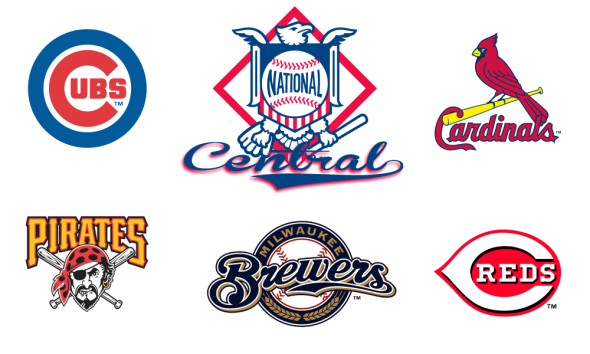 Shin-Soo Choo is added to a lineup that already features stars like Jay Bruce, Brandon Phillips, and 2010 MVP Joey Votto. That is a lineup to fear. Oh–and the pitching staff is lights out across the board. Aroldis Chapman is back in the bullpen and with a setup man like Jonathan Broxton, it should be a good move by the Reds.

The Cardinals are a solid fundamental team that until they prove otherwise, so until then, they’re still a playoff team. They are hard to describe, but they create their own luck. Matt Holliday, Adam Wainwright, and Carlos Beltran will have good years and expect business as usual.

This is the Pirates year to play .500 ball. Why? MVP-caliber center fielder in Andrew McCutchen and a city that believes in baseball again. 20 seasons in a row of losing seasons ends this year.

The Brewers are a team with a ton of talent, led by perennial (alleged steroid user) MVP candidate Ryan Braun but they need young guys and role players to step up and help. They will have a losing season.

If the Cubs played as hard as their “fans” partied around Wrigley, they’d be the New York Yankees. Don’t expect much this year, Theo works wonders if he has the time and resources. Vegas has them 73 wins. Tough call on that one.

Resume the Battle! »
« Jerome Iginla Turns Down the Bruins, Joins the Penguins